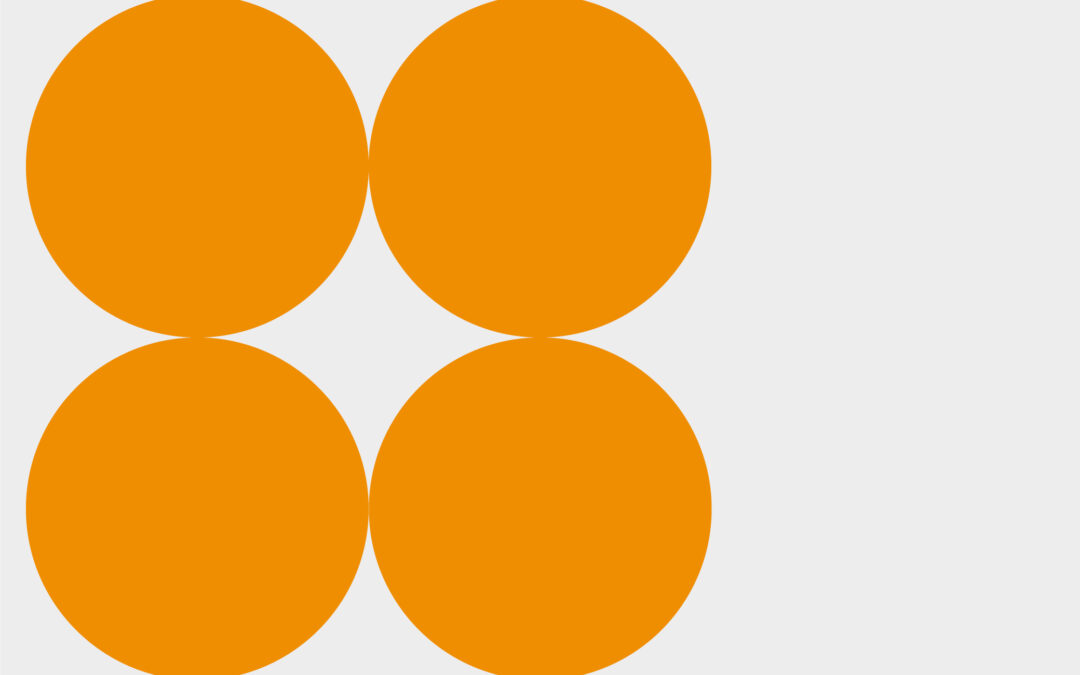 The first quarter of the twentieth century witnessed an artistic revolution without equal in the history of art. Looking specifically at the works generated in the few years leading up to the First World War, the principles of modern art, architecture and design were established which have impacted upon the manner in which we experience, approach and live our lives today.

Shortly after the First World War in 1923, Wassily Kandinsky circulated a questionnaire within the Bauhaus, asking respondents to select and paint a triangle, square, and circle using only one of three primary colours. The findings of this strangely basic process would help to inform colour theory and go on to define approaches to design thinking, impacting thereafter across the disciplines of fashion, graphic communication and architecture.

The three basic shapes, used in Kandinsky’s experiment either applied singularly, repeatedly or in patterns can be seen on some of the earliest artefacts relating to human existence. Examples include ceramics, textiles, buildings and approaches to urban design. Geometric forms employed to decorate, punctuate and inform structure and space.

Joseph Albers (a student and later a teacher at the Bauhaus) developed a modular lettering system informed by ten basic shapes, all derived from a circle and a square. Kombinationschrift – was designed to be efficient, in terms of ease of use (legibility) and inexpensive to produce. The resulting typeface was not as legible as others to emerge from the Bauhaus but Albers’ idea of ‘modularity’ was clearly in line with the philosophy of the Bauhaus, creating refined (streamlined) products for mass production.

Since the experiments and design propositions presented by the Bauhaus, developments in technology, material and process have moved on unimaginably. Computer aided design (CAD) affords a platform for designers to generate complex three-dimensional shapes and structures. But since its adoption CAD has struggled to generate forms that are able to supersede the circle, square or triangle. Perhaps this is why design disciplines regularly return to these basic forms, manipulate and represent them, propelled by new processes and informed by new materials.

From the outset of the digital revolution type designers have embraced emerging technology and pushed the visual envelope of how an alphabet can be represented. Some designers propose complex (almost illegible) solutions whilst to others adopt a highly reductive approach, stripping elements down to the most basic of form. This minimal treatment is currently being adopted within the disciplines of typography and specifically applied to corporate branding.

At this moment in time the application of minimal shapes to form words and imply brands is very much ‘on trend’ – when presented on digital platforms the visuals resonate differently to latterly adopted complex graphic treatments. Perhaps it is this arresting visual calm that is successful, which makes this work stand out, and in a world bombarded with digital pattern, information and noise affords a calm, contemplative designed solution.

Hello is a design and communication studio based in Somerset. Their logotype omits and ingests a number of the original horizontal elements within the letterforms, deconstructing the anatomy of letters to the most basic of forms – this design treatment almost erases any options of legibility for some elements entirely. The design elects to exaggerate the punctuation situating the brand marque definitively. Initially difficult to read but once the visual system has been embraced, comfortable enough thereafter.

Shape is an educational initiative. Three basic forms are adopted, repeated and re-assembled manufacturing a small range of letterforms. A valid graphic approach when constructing limited words but difficult to develop into a complete alphabet (if only upper case) should a broader identity system be demanded.

Host (or Thoughtful Host) is a cultural destination, gallery and workshop – the brand was designed by me. The four letter shapes are coordinated and juxtaposed to construct the brand marque. The proposal was designed to function in solid colour, outline and specifically when laser cut for signage and wayfinding.

Each logotype adopts a collection of minimal shapes to spell out the title of their respective brands. Hello deconstructs the word, removing all horizontal elements and composing a new word-shape. This process affords the reader a task to reassemble the elements and define their own meaning. Shape simply applies component parts (shapes in themselves) to construct the word – the picture becomes the word and the word denotes the picture. Host employs elements of both creative processes, constructing and defining letter shapes, visually proposing a less onerous legibility conundrum (supposedly).

Does this work signal a directional change toward a minimal approach to brand and identity? perhaps, but there is still space for complex typo/graphic treatments and not forgetting animated design proposals, accommodating the ever expanding digital platforms.

Successful ‘living brands’ respond to market trends and forecast their own, navigating media platforms to ensure that they deliver. Manifested in print, motion and across three dimensions. Whilst these current design proposals draw upon the design practice established by the Bauhaus (consciously or not) they also reflect the values and ideals set up by the modernist designers working in the last century. They were navigating the largest social and political change ever seen across Europe and the wider world – something we too are presently, having to consider and respond to.

As this approach to brand design and corporate identity expands more variants are emerging – another example includes: